You are here: Home / Blog / Happy Christmas, everyone

Thank you for all your support during the year. Yes, even you lurkers. God bless you, every one.

Things may be a little quiet on the gig front for the next few months – partly due to it being a quiet time of year for gigs in general, but mostly partly (?) due to the fact that I’ve started working on a non-music project, which I may unveil at some point. Or may not. I’ll let you know how it goes. 😉 Don’t worry, it’s still creative – it’s not tiling the bathroom or anything – but it’s not to do with music. Well, not really. Well… I’d better shut up now before I give too much away. Suffice it to say, it’s something I’ve finally been inspired to do, so I’m just getting on and Doing It. And no, it’s not working for Nike, either.

Aaaaanyway: A very Merry Christmas to you all and wishes for a peaceful, prosperous and joyous 2010. I’ll leave you with this:

Or if you prefer, this: 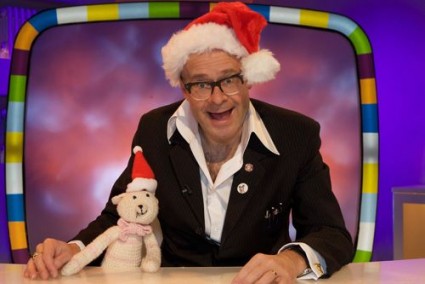