You are here: Home / Blog / The night I almost partied with the cast of The West Wing 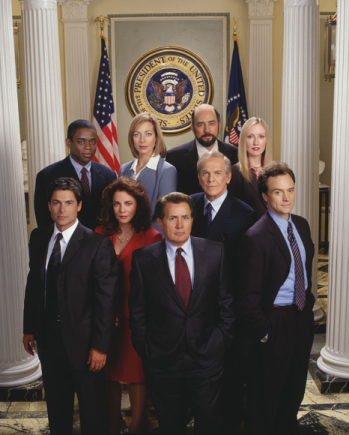 Having some time to kill on Saturday night, I watched Martin Sheen’s interview on the Jonathan Ross show, via the BBC iPlayer. And being struck by just how darn nice he was, I promptly updated my Facebook status to read the following:

Because, truly, he was that nice. Anyway, here’s what ensued on my Facebook ‘Wall’ (new readers: 1. Arvind is a friend of a friend, and works as a film producer; 2. Richard Schiff played Toby Ziegler in The West Wing):

wasn’t it just, Will? I mean, I knew I admired him, not just for TWW but for his politics. but I had no idea he was just so lovely, too. *sigh*.

Arvind at 00:03 on 25 May
where can I find that interview? Is he in town – I am actually working with Richard Schiff at the moment, we should organise a WW reunion dinner party… A

Andrea Mann at 12:17 on 25 May
it was on Friday Night With Jonathan Ross, I watched it on iPlayer… don’t know if it’s still on there? and Richard Schiff – how wonderful! is he nice too?

PS as long as Lemon Lyman is at the reunion, I’ll be happy 😉

Yes, Bradley is a geek-god.

Andrea Mann at 21:38 on 25 May
Arvind, I was joking :-). despite my being Japanese jazz famous, I have yet to make it to the ranks of a) meeting Martin Sheen or b) being on Jonathan Ross. 🙂 I forget that you might actually possibly meet Martin Sheen!

Arvind at 21:43 on 25 May
actually, it all gets worse… I spoke to Richard today to ask him to organise the dinner, throwing in that a friend of mine had met Martin on his trip and she was this singer chick and she should come also. And so he called Martin, but Martin had already left… FB misunderstanding gone hopelessly wrong….