You are here: Home / Blog / My name in lights paints 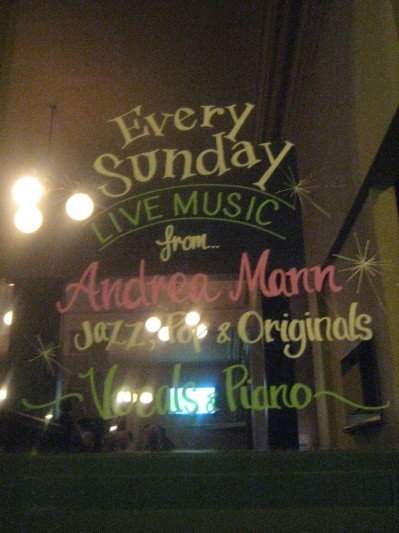 That’s right, folks – I’m now doing a solo gig every Sunday night, at the Gipsy Hill Tavern in deepest darkest south-east London.  This is my first residency playing piano as well as singing – think Norah, think Carol, think that woman off Ally McBeal – and I’m absolutely loving it. Almost as much as Justin Timberlake did the Big Macs.

*Yes, I am a fiftysomething trapped in the body of a thirtysomething.