Since moving in with my singer-songwriter friend, new songs have been pouring out of me. Of course, house-sharing can have its disadvantages when it comes to creativity – which is why I was even more impressed that my singer-songwriter friend was up for me moving in with her, as she, like me, lived alone before our current co-habiting situation. But she is a constant inspiration: writing poetry or painting beautiful, huge canvasses when she’s not singing or songwriting or playing her guitar. Oh yes, it’s like Greenwich Village round our way.

What is doubly inspiring about my singer-songwriter friend is that she isn’t some slacker bohemian type doing all the above things while bemoaning her lot or not achieving her ambitions; she is making a huge success of herself. She is confident, and focused, and driven as well as hugely talented – and her drive and hard work is paying off, as she gets fantastic gigs and reviews, and continues to move up the music food chain.

As she touches on jazz – working with jazz musicians, playing some jazz venues and having jazz and blues influences in her music – her music is sufficiently like mine, and yet not like mine, to be inspiring as opposed to competitive. That said, it wouldn’t matter if she *was* a jazz singer. I don’t feel competitive with other jazz singers; I feel inspired by the great and successful ones (note: these two things are not necessarily related) as they spur me on to be great and successful myself. Plus as far as I’m concerned, if everyone is doing their own thing, why in any way are we competition? Everybody offers something unique, their own voice, their own take on life. Or hopefully we do, if we’re doing it right.

I’ve got slightly distracted here 🙂 . What I actually wanted to write about – to update you on – was my own songwriting.

‘Yosemite’, the only original on my first album, was the first proper song I’ve ever written. Sure, I’ve dabbled before – but I’ve never produced, let alone recorded, a fully fledged song before. People had asked me if I was going to put an original on the album, and initially I’d said no (it’s a particularly daunting prospect – verging on hubris, it felt – to write a song when you’re going to be recording ones by the likes of Rodgers and Hammerstein, Jobim, and Paul McCartney 😉 ). But as I thought more about it, I realised there was no harm in trying – I could at least attempt a song, and if I wasn’t completely embarrassed by it, put it on the CD.

My starting point was wanting to write what James Taylor calls ‘a fake bossa nova’ (that’s how he once described ‘On The Fourth Of July’). I had been listening a lot to the wonderful album by Luciana Souza, ‘The New Bossa Nova’; and I guess I did the musical equivalent of ‘write what you know’. I knew I wanted to write a gentle bossa nova. And so I did.

Since I recorded and performed ‘Yosemite’ – and got such lovely feedback on it – the thought of writing more songs has been there in the back of my mind; but it is probably a combination of living with an inspiring creative person and falling in love (note: these two things are not related) that has led me to properly sit down at the keyboard over recent weeks and come up with ideas.

And they’ve been coming. 🙂

As a result, I suspect the next album could be half originals, half covers. Also as a result, I’ve realised that a) if I had started this process years ago, chances are I would now be a Sarah Bareilles-style singer-songwriter-chick-at-the-piano, rather than a jazz singer fronting a quartet; and b) I have been listening to much more pop than jazz recently.

The songs which I’m writing right now have jazz sensibilities, certainly; but there are stompy, pop-style piano chords in there, too; and I realise that listening to Steely Dan, Madeleine Peyroux and Melody Gardot on loop over recent months – all of whom would be described as jazz-crossover artists rather than jazz artists – has clearly influenced what’s coming out of my fingertips and mouth. This isn’t necessarily a bad thing, of course – I love that kind of music, and it makes me feel like I am getting even closer to finding out what *my* music is – but it has led me to wonder whether I should be listening to more bebop right now 😉 .

That said, Madeleine, in particular, is constantly inspiring. I was lucky enough to get tickets to see her at the Roundhouse on my birthday last week, and in her understated, musicianly, one-of-the-boys performance (not to mention the similarly inspiring, though slightly less understated, one from her support act, Imelda May), she reminded me of why I do this. It is the best job in the world, bar none, to make music for and with people. And to see the crowd go crazy for her, as she quietly and modestly made the music that appeals to her, simply reinforced again the belief that I just need to get on and make the music I want to make. Whether that’s stompy pop or gentle bossa nova. 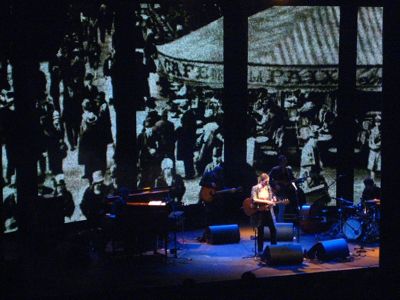 I’m a Londoner someone close to me is now tweeting voraciously, so I have been checking the site out every day. Maybe it’s because I can resist everything except temptation, and peer pressure. Or maybe it’s because my objections were starting to slip.

Whatever the reason, the inevitable has happened, kids: 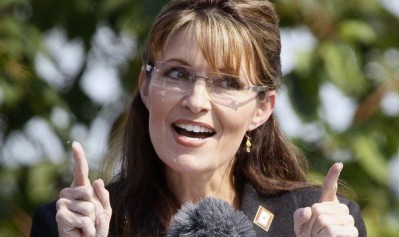 Or as Sarah Palin would say: Good riddance to bad rubbish also.

Personally, I don’t believe the speculation that she may make a 2012 Presidential bid;  instead, I wouldn’t be at all surprised if she leaves politics and takes up a lucrative position as a TV host. At least that way she won’t have as much power. No. Wait a minute. Dang!

Anyway, Sarah: thank you for stealing the limelight away from my birthday.  Remind me to release my second album on the day you announce your Presidential bid/Fox anchor job/sixth pregnancy surrounded in intrigue and mystery. That’ll show ya! Also.

*Exhibit B: Collection of ‘Palin Into Insignificance’ and ‘I’m with the moose!’ badges.

…and, well, anyone else in an appropriate location today. LOL at 4:36…

I’ve come to talk with you again

Because a show to stop you weeping

Was edited while you were sleeping

And this podcast will be planted in your brain

The sound of Trev and Simon 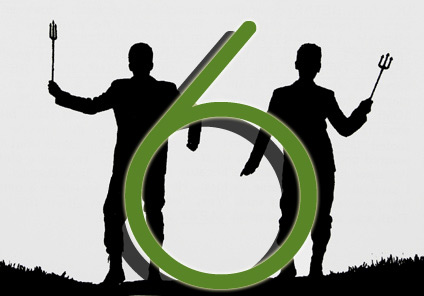 As some of you may know, when I’m not making music or words, I’m sitting at home staring into space producing The Trev And Simon Podcast.

‘Producing the podcast’ basically means that I have Trev and Simon come round to my place, hit ‘Record’ on my Macbook, squeal at various points, add music at the beginning and end, and email the finished file over to Simon.  Then I go back to making music or words staring into space.

We’ve just done show 6 now – and it’s a goodie. Unlike Trev And Simon, who aren’t goodies. Because that was Tim, Graham and Bill, wasn’t it?