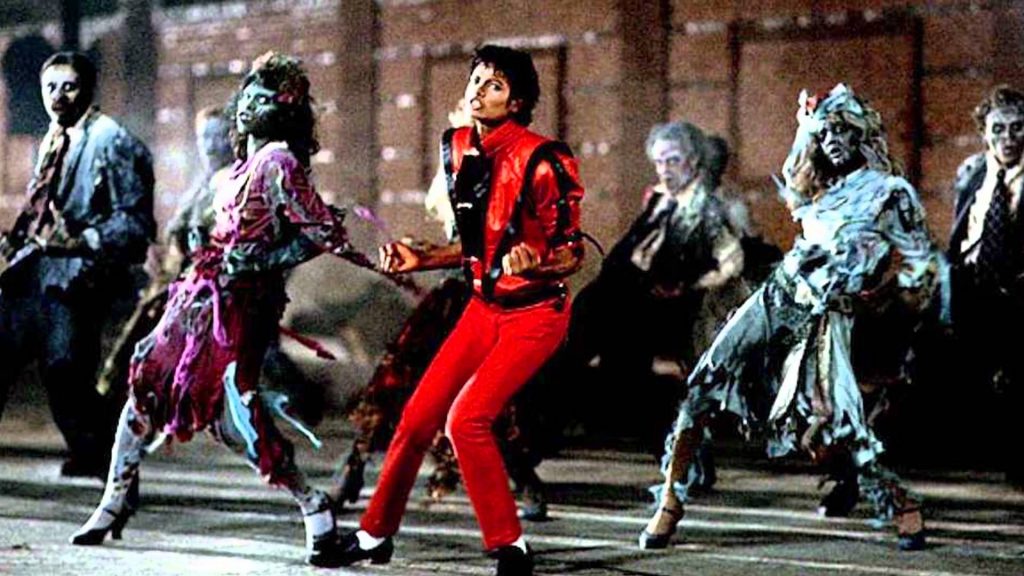 A tiger cub! In soft focus! It made Jackson palatable to this 12-year-old – not least because it was reminiscent of a cute Athena poster I had on my bedroom wall, of two kittens playing with a goldfish in a wine glass. Actually, they were looking at it. Toying with it. Terrifying it, probably… In fact, now I come to think about it, it wasn’t very cute at all, as that poor fish was no doubt utterly traumatised by that photo shoot.

But I digress. Because the reason for this post is simply to share a Halloween party playlist I made a few years ago. And it’s my favourite kind of playlist: one which hopefully doesn’t just introduce new songs to others, but also introduced me to new songs in the researching of it. I discovered, for example, Trick Or Treat by Otis Redding, Black Cat Blues by Burt Jansch and Season Of The Witch by Lou Rawls (which turns out to be a cover of a Donovan song. Who knew?!).

The playlist does, of course, kick off with Thriller – although I’m afraid it doesn’t it feature (Video) Nasty by Janet Jackson. Still, I hope you enjoy it – and below, a bonus track in the form of a YouTube video. Because sadly, Gangnam Busters – the quite, quite brilliant mash-up of Ghostbusters and Gangnam Style – is yet to make it to Spotify…