You are here: Home / Blog / Hanging out with Frank and Kyle

Picture of the month 🙂 : 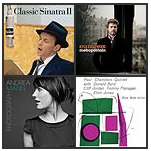 Many thanks to Nick Dedina, jazz editor at Rhapsody.com, who chose some of my tracks (along with ones by Frank Sinatra, Kyle Eastwood, Pat Metheny, Sophie Milman and others) for his Early June Jazz Playlist. And thereby a) garnering me more coverage in America, and b) making me smile by describing me as  “a beguiling songbird from Old Blighty”. Shucks! (She said, in a very non-Blighty way.)

Dedina also chose my album as one of his ‘Staff Picks’, giving it a lovely write-up: 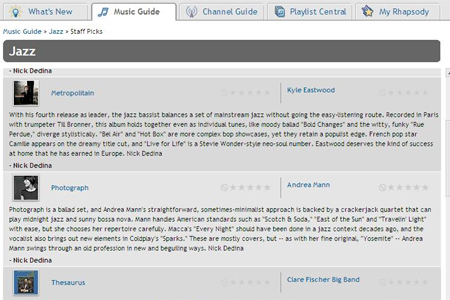 (For those of you without 20/20 vision, it reads:  “Photograph is a ballad set, and Andrea Mann’s straightforward, sometimes-minimalist approach is backed by a crackerjack quartet that can play midnight jazz and sunny bossa nova. Mann handles American standards such as Scotch And Soda,  East Of The Sun and Travelin’ Light with ease, but she chooses her repertoire carefully. Macca’s Every Night should have been done in a jazz context decades ago, and the vocalist also brings out new elements in Coldplay’s Sparks. These are mostly covers, but – as with her fine original, Yosemite – Andrea Mann swings through an old profession in new and beguiling ways.”)

As I’ve said to friends and colleagues: I made the album I wanted to make, without much thought for who would listen to it or whether they would like it (although of course I hoped they would). And so the fact that anyone else should, indeed, enjoy Photograph, let alone ‘get’ it or think highly of it, is still rather incredulous to me.  As well as totally delightful, of course. 🙂