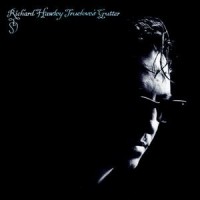 Sorry for the lack of posts recently. Thought I’d write about one about, well, music. Since seeing some great musicians in Chicago recently, and also back here in London.

In Chicago it was the proprietor of, and singer/pianist at, The Underground Wonder Bar, Lonie Walker. Who, on being introduced to me as a jazz singer, said: “Welcome home”. Mind you, I think she says that to everyone. Lonie and her band were wonderful, playing mostly blues – and as I found on my last night, at The Green Mill Cocktail Lounge (former speakeasy and haunt of Al Capone), the blues really are all-pervasive in Chicago. And when it comes down to it, there is nothing more that one could want for than an essentially simple form played brilliantly by great musicians (at the Green Mill it was the fabulous Kimberly Gordon Organ Trio).

As a jazz musician, it is very easy to be hung up on the complexity of music. Writing my own songs now, I am almost worried about presenting a song to jazz instrumentalists when, say, it consists almost entirely of four chords.

But the blues is, in its simplest form, three chords. And Bruce Springsteen gave us three chords and the truth. And, I’ve realised, some of my favourite recordings have just two chords.

Such as Jackass, by Beck. Or Remorse Code by Richard Hawley – which he played at the gig on Monday night. Remorse Code, it seemed, consists of only two chords. But what chords! 😉 And I don’t even remember it building, particularly; the band simply played the same two chords over and over… But it was absolutely beautiful.

I’ve realised that I am, and always have been, about mood and feeling over complexity. And I don’t just mean in my personal life. Not that mood and complexity are mutually exclusive, of course – great jazz standards survive because they make us feel something, not just because their chord changes have inspired musicians over the years. But frankly (Mr Shankly*), complexity may impress me but it doesn’t necessarily move me, and I think that the primary point of music is to communicate and to move. Music exists to make us cry, or remember, or dance… to make us feel joy or sadness. To feel something. And sometimes it just takes two chords – or, hell, one – to do that. Mind you, it had better be a good one, that one chord.

Hawley and his band were, in short, superb (as was the sound at the SBE. It’s a sadly rare thing to be able to make out the lyrics of unknown songs at most venues; and each instrument was both clear as a bell** and perfectly balanced with the rest in the band). And, interestingly, at the first song, I found myself having the same reaction to him that I did the first time I saw Madeleine Peyroux live. Namely, that it is slightly discombobulating to hear a voice that is so familiar from recordings emanate from an actual body. Discombodulating, if you will. This feeling passes after a few minutes, however, and suddenly, it isn’t just The Voice you’re hearing, but the whole person. (And I’m sure this is a particularly strong phenomenon the first time one sees a person perform live whose voice is quite so beautiful and distinctive as Hawley’s, say, or Peyroux’s).

And finally: during the encore, Richard Hawley introduced the top-secret female singer he’s been writing songs for… please put your hand together for… Lisa Marie Presley! Cripes. As I said to a friend, in that momentary pause between him saying that he’d been writing songs for a female singer and actually revealing her (top secret) name, a few people’s names whizzed through my brain (Amy Winehouse? Erm, someone else?) and I can safely say that Lisa Marie Presley’s was nowhere on the list. And how was she? Well, she had a lovely, deep voice, but you couldn’t make out any of the lyrics; and she gurned a bit, and didn’t look at the audience – clearly because she was very nervous. Which is fair enough, really. I think if I were Elvis Presley’s daughter, I’d be pretty scared about opening my mouth to sing, too.

PS. Also great this week: Joan As Police Woman. Although I was unfortunately burgled while out at that gig. Now, if only the police were out there fighting crime instead of making music all the time, eh?