You are here: Home / Blog / Terry Wogan and the art of being yourself

The late BBC star was twinkly, funny and, most importantly, himself. Andrea Mann thinks we should all take a leaf out of his book. 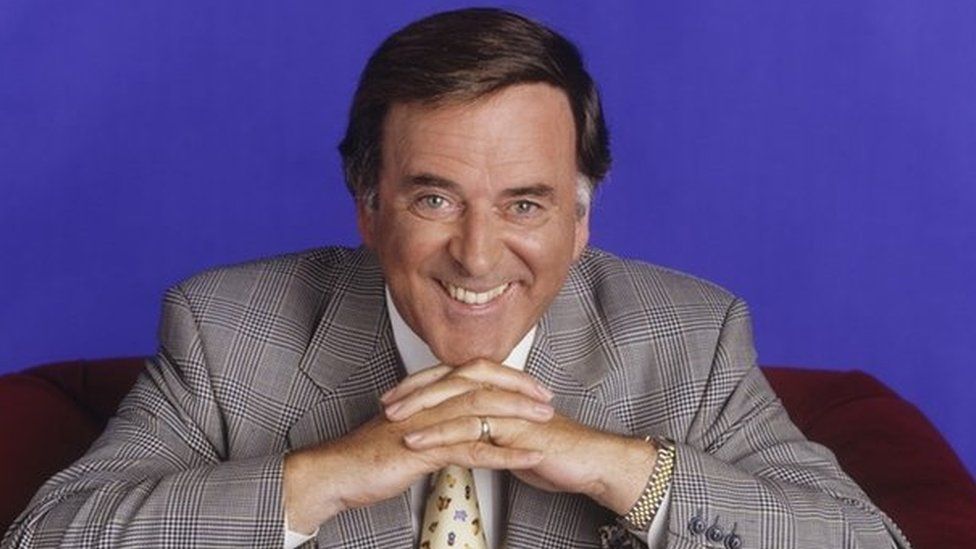 I’m not ashamed to admit that Terry Wogan was one of my very first crushes – following, as he did, on the heels of Alan Alda as Hawkeye Pierce in M*A*S*H. I clearly had a thing for wisecracking men with thick hair, good sideburns and twinkly eyes. (I was only human. And 12.)

Terry Wogan was the very definition of ‘twinkly’. After learning of his death, and reading tributes to him, I searched for photos of him to share on Twitter, in part to explain my schoolgirl crush. But when I found them – a range of pictures from the 80s to the noughties – I realised I didn’t need to explain it.

Even without hearing his dulcet Irish tones, or watching him give his trademark sideways glance of mock hurt or bafflement, the photos showed in his eyes and his body language what a charming, funny and, yes, twinkly chap he was. And then it hit me: the photos were of a genuine man; a man who wore life lightly and without ego. Terry Wogan was loved and liked because he was, quite simply, himself.

I say ‘quite simply’, but being yourself, being your true self, is harder than it sounds. Most of us – at work, in our relationships, in our families, with strangers, even – find it difficult to always be our authentic selves. And because it’s difficult, it’s relatively rare, which is also why people like Terry Wogan, people who seem so at ease with themselves, stand out to us, and why we’re drawn to them.

“As Wogan himself said about ‘being all things to all men’: ‘I’d rather not… You can’t expect more than 50 per cent approval, because not everybody is going to love you.’”

It was because he was at ease with himself, of course, that he was at ease with the rest of the world. In his dealings with everyone – from chatshow guests to Blankety Blank celebrities, from radio listeners to the ordinary people who have shared anecdotes about meeting him – Terry Wogan treated everyone with respect (even the Europeans he gently took the mickey out of during the Eurovision Song Contest).

It’s a quality I think he shared with the late, great Rik Mayall – a man who was also (utter, utter, utter) utterly himself – and it seems to me that it comes from the same basic principle that Rik expressed in his speech to graduates of Exeter University. “All men are equal,” he told them. “Therefore, no one can ever be your genuine superior.”

And as Terry once told an interviewer: “I was brought up to do my duty. Not to be vain, not to shout from the rooftops about my virtues – to be modest and well-behaved. I’m totally wrong for showbusiness.” (Which is probably why he was such a shining light in showbusiness.)

Feeling neither superior nor inferior – being as gently modest as our Tel – can only happen when we strip away our ego. And that’s exactly what the ‘true’ self is: the person we are when our ego, fears and insecurities don’t get in the way; the person underneath the defensive, protective behaviours we’ve adopted in order to make life safer and a little less scary.

Showing who we really are is scary because it involves making ourselves vulnerable. We risk opening ourselves up to possible rejection, hurt or even ridicule and, at the deepest level, we fear, to the possibility of not being loved. All of us have been told at some point, explicitly or not – by our family, by society, by someone we saw as bigger and more powerful than us – that we have to act/speak/look/behave a certain way in order to be acceptable and loveable. Society does it to us all the time. But we’re all loveable exactly as we are, and Terry Wogan embodied that.

Plus, while showing who we really are and what we really think and feel about the world can open us up to rejection, so what? In the words of the old saying: those who mind don’t matter, and those who matter don’t mind. Or as Terry himself said about ‘being all things to all men’: “I’d rather not… You can’t expect more than 50 per cent approval, because not everybody is going to love you.”

Instead, as he suggested, you just “do your best”. Because each time we do so – each time we do our best, as who we really are – we take a step closer to being our more authentic, and thus happier, selves. With each step, we give permission to others to also be their true selves. And with each step, we start to learn that who we are is entirely loveable. Just like the loveable El Tel.