You are here: Home / Blog / What musical theatre classes have taught me

Andrea Mann dreamed a dream in time gone by (the 1980s). Decades later, she’s finally pursuing it and wanted to pass on what she’s learned, in between step-ball-changes 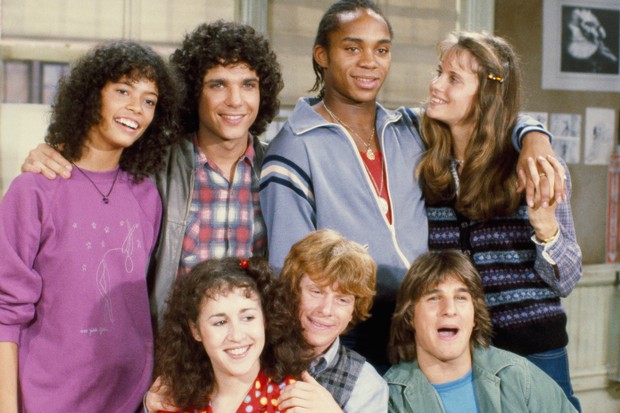 “It takes a very long time to become young,” said Pablo Picasso. “It’s never too late to be what you might have been,” said somebody else (nobody’s entirely sure who, although it probably wasn’t George Eliot).

Yes, at the age of 40-cough, I am finally taking action on dreams I’ve harboured since I was six and had just seen The Sound of Music for the first time.

The latter involves having dance lessons for the first time in my life – and I have to admit, this has made me beyond excited, chiefly because it means that a) I am edging one step closer to my biggest dream of all, that of being a ‘triple threat’; and b) I can now legitimately wear legwarmers.

1. Musical theatre is a broad church.

And people’s reference points are largely generational. Mine are essentially MGM musicals that were on TV on a Sunday afternoon, and Fame (the TV series, not the stage show).

Like my fellow British schoolchildren in the 1980s, I watched Fame and dreamed of leaping around on yellow taxis in New York (!), eating in a canteen (!!) and actually attending the occasional class (!!!). Doing courses with people mostly in their 20s or 30s, though, I’ve realised their big musical influences are more likely to be Les Mis, Wicked and Rent. I think it’s safe to say that what unites us all, however, is Glee. And on that note…

2. Nothing beats a warm-up to Don’t Stop Believin’ – the Glee version.

(Or doing sit-ups to Don’t Rain on My Parade. Truly, this is the only thing that makes sit-ups bearable.)

Yes, a warm-up to Don’t Stop Believin’ is the best thing ever, not least because you get to ‘freestyle’ at the end, which basically means leap around like you did when you were 12 and alone in the living room.

3. Fame costs, and right here’s where you start paying… in sweat.

As Debbie Allen so wisely pointed out in Fame every week (it wasn’t bad writing – it was part of the opening credits). Nothing in recent months has made me more grateful that my body is relatively healthy, and can vaguely move, than taking a dance class.

And forget going for a run, which I do twice a week (run, that is, not forget to go for a run): nothing has made me sweat more, or made unused muscles ache in a more horrible-yet-brilliant way, than learning a dance routine and practising it at home.

And you have to do the latter because…

4. You can lead a horse to water but you can’t make it learn a dance routine from Hairspray without putting in the practice between classes.

Believe me when I tell you, you will have to learn a routine so quickly it will make your head spin. And your feet. And the rest of your body. That’s how dance routines work.

5. As in every cheesy movie, you will find yourself practising your dance steps in public.

This really does happen. I was out for a run recently and found myself stopping for a second to practise one particularly tricky Hairspray step. So, yes, while you might not go full, leap-on-taxi, Fame-crazy, you’ll probably come close to the job centre queuing scene in The Full Monty. Or, if your day job is welding, any scene in Flashdance.

I strongly suspected this before I started the classes – which is partly why, as a sometime jazz singer, I wanted to take them, because I knew they would challenge me. And I was right. This stuff is HARD.

Before you even get into the idea of acting-through-singing, you have the song keys to tackle. I have a very low singing voice – which isn’t a problem in jazz, but it is a problem in musicals, because…

7. Songs for a low female voice are pretty limited in musical theatre.

I thought choosing songs to perform in class would be easy, because I sort-of know quite a few. But it turns out that all those tunes from MGM musicals are approximately two octaves higher than is comfortable for me (yes, even the stuff from Calamity Jane is boyish).

I can *squeak* those notes. But sing them – nicely? Belt them – loudly? These are different things entirely.

Fortunately, I realised there were two upsides to this situation. Firstly, it forced me to learn some cracking new songs, like Losing My Mind and Maybe This Time; and secondly, I learned that lower tunes are often written for older characters, which I’m now approximately the right age for.

8. My respect for anyone who performs musical theatre has grown even greater.

And I include Susan Boyle and Anne Hathaway in that – because I swear you haven’t learned about human suffering until you’ve been forced to sing I Dreamed a Dream.

Anyone who’s ever had a pop at SuBo should be made to learn and perform this song off by heart, in the original key, in front of a paying audience. Or any audience. Or just in front of a mirror. I’ve been practising it at home, and unlike Ms Hathaway, it ain’t pretty. In fact, speaking of this song, I discovered from finally watching the film version that…

9. Everyone dies in Les Miserables.

Although I knew Marius would survive being shot in the head because he had yet to sing Empty Chairs At Empty Tables.

10. I don’t care as much as I used to about embarrassing myself or being bad at something.

Back to the horrors of singing I Dreamed a Dream or being unable to pick up a dance step or six, one huge advantage to leaving it ‘til your 40s to learn something new is that in many ways it’s more fun, because it’s likely that you take yourself – and indeed, life – a little less seriously.

These days, I don’t care as much as I did about impressing others or being good at something; I’m more interested in learning something new, stretching myself, doing something which makes me happy and pursuing things I have always secretly wanted to do. For as I’ve realised…

11. Nurture your inner 12-year-old and your adult self will thank you.

There are a whole host of reasons out of my control which meant I didn’t pursue the West End dream I had as a child and young adult.

Now, I’m not just better placed to take the reins, but I better understand how I can choose to react and make different decisions. The result, in this case, is that I’m instinctively grinning like a loon at the end of every class – and at multiple points during it.

It’s the girl inside who’s beaming. And she’s beaming because I now know that…

12. It’s never too late to be the stage school brat you might have been.

Sure, my dreams of playing Liesl in The Sound of Music may have been dashed forever (although I still harbour hopes of staging an all-adult production of Annie one day. Perhaps tomorrow).

There are still cracking songs and dance routines to learn – and, most importantly, musical theatre fun times to be had at any age, in any class, in any theatre and in any living room.

And if you follow in my step-ball-change footsteps, I promise: nobody is gonna rain on your parade.