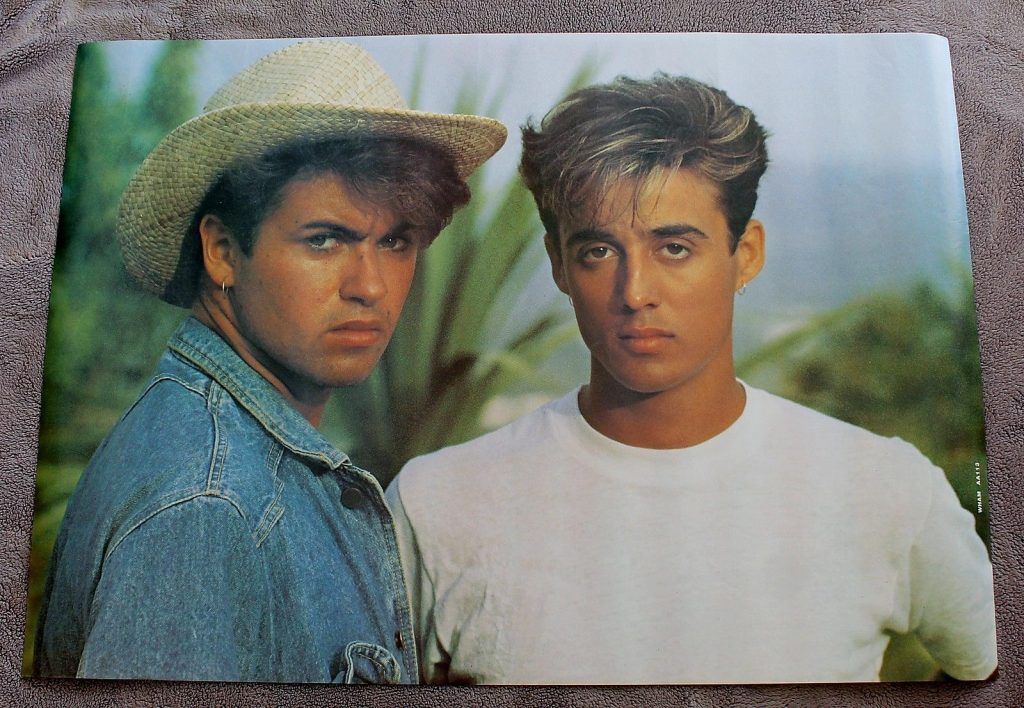 The pretty-boy looks aside, though (and confession: I actually fancied Andrew Ridgeley more than George Michael; it was a combination of those big puppy dog eyes and my tendency to side with the underdog), it was, of course, the music that ultimately was the draw. Because, again, how could you – especially as a little girl – not be drawn to the songs of Wham!? It’s like not liking kittens, or not choosing life.

Back then, I just heard them as songs I could sing along and dance to. Now, as an adult, I understand George Michael’s songwriting brilliance. Now, I realise that to write one song as melodic, catchy and timeless as Wake Me Up Before You Go-Go is an incredible achievement; and that to write dozens of them – Freedom, Faith, Careless Whisper, Club Tropicana and The Edge Of Heaven all spring to mind – is the mark of a ridiculous talent.

But it wasn’t just bubblegum pop that George wrote, of course: he penned beautiful ballads like A Different Corner and gorgeous, sexy dance tracks like Too Funky and Amazing. In fact, I’d argue that he’s one of the greatest songwriters of the 20th century – and he’s certainly one of the greatest singer-songwriters to make the transition from bubblegum teen pop to grown-up, thoughtful pop. When I learned about his death last night – and gosh, it feels so strange to write that – it wasn’t my beloved Wham! tracks I put on first: it was the beautiful, languid jazz-waltz Cowboys And Angels; the heartfelt Waiting For That Day. In short, George Michael wrote songs that are easy to love with both your head and your heart.

And those songs have followed me throughout my life. From desperately wanting a slow dance at school discos to Careless Whisper (who didn’t want to be clung to like George clings to that rope?), to lying under the bedcovers on the night of 13th July 1985 listening to him singing Don’t Let The Sun Go Down On Me with Elton John, live from Philadelphia, via my tiny, tinny radio; from being beyond excited to realise I was holidaying in the Ibizan villa complex which contained the Club Tropicana swimming pool (sadly, I can confirm that the drinks were not free), to ‘singing’ the entire Wham Rap with two female friends of mine at my wedding party this year – their coats on, about to leave, but unable to do so until the rap had been recited in all its word-perfect glory – George’s songs have been there, and will always be there.